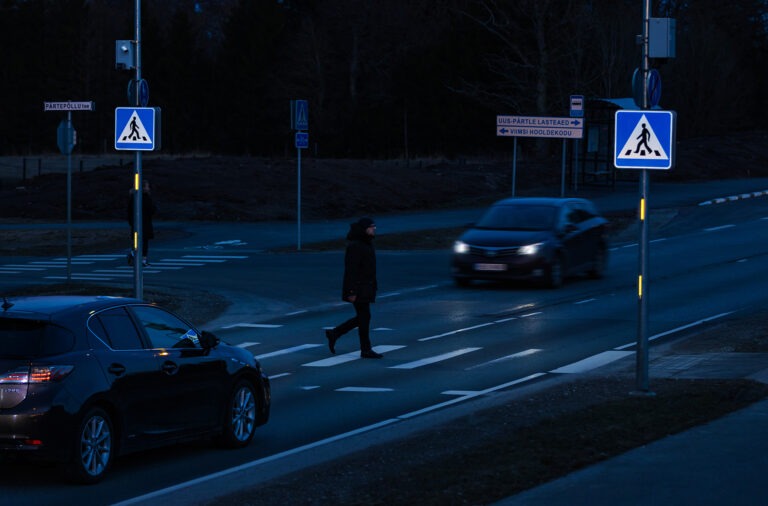 Traffic accidents are one of the world’s largest preventable public health & injury problems. A report published in 2009 by the World Health Organization (WHO) estimated that some 1.2 million people were killed, and between 20 and 50 million suffer non-fatal injuries in traffic collisions on the roads around the world each year. The report illustrated that these collisions were the leading cause of death among children between 10 and 19 years of age. It also noted that the problem was most severe in developing countries. Over 90% of the world’s fatalities on the roads occur in low-income and middle-income countries, which have only 48% of the world’s registered vehicles. Almost half of those who die in road traffic accidents are pedestrians, cyclists or users of motorized two-wheelers - collectively known as “vulnerable road users”.

To safeguard pedestrians on crosswalk Bercman is offering hardware and software to detect using machine vision and radar if pedestrian was allowed to cross the road by the vehicle driver or not. Bercman Automatic Giving Way detection utilizes machine learning algorithms and sensor fusion to precisely detect potential violations of failing to stop for pedestrians on the crosswalks. For the system to work 24/7 electricity is needed but the hardware can be mounted on the existing infrastructure lowering the cost of installation and increases the ease of deployment. All the processing of images for detection is happening in the cabinet next to the crosswalk so no internet connection is needed. Internet connection can be only one-way towards any management software. Optional ALPR can be used for further processing of the data.

How does it work?